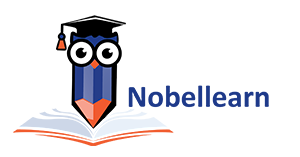 Every day, we encounter many changes occurring all around us. These changes may entail the use of one or more agents. Occasionally, milk goes sour when a change occurs within the milk. Making a sugar solution involves a change and separating the curd from milk is a change too.

Some of the changes we have observed in our environment include the melting of ice, the melting of wax, the production of ice cream, the evaporation of water, the stretching of a rubber band, the cutting of paper, the bending of a glass tube by heating, the breaking of a glass pane, boiling water, and the sublimation of camphor.

A physical change occurs when an object's physical qualities such as shape, size, color, and condition change, but no new substance is generated.

Physical changes are transient and may simply be reversed to restore the original substance. No new material is created during this process.

Thus, we observed the following significant aspects of physical changes:

⦁ This transformation does not result in the formation of any new material.

⦁ It is a short-term state that is typically reversible.

⦁ A temporary variation in color may occur.

⦁ Only a little amount of energy (heat, for example) is absorbed or developed.

2. A balloon is inflated in a manner that prevents it from busting. When air is blown into the balloon, the form, and size of the balloon change. When the balloon's air is forced out, it reverts to its original form and size.

3. A paper sheet is folded to create a toy ship. When unfurled, it resumes its original form.

4. A dough ball is formed and shaped into a roti. If the form is not satisfactory, it may be reshaped into a ball of dough.

5. Fill the glass halfway with 500g ice cubes. When ice is melted, 500g of water is produced. Here, a physical change occurs as a result of a state change. We refer to this as physical change since freezing the ice allows us to reintroduce water to it.

Chemical transformations are sometimes referred to as chemical reactions. When two substances interact chemically, a new substance with different chemical characteristics is formed. All of the new compounds that we utilize in different aspects of our lives are the consequence of chemical interactions (or chemical reactions).

We are all acquainted with the corrosion of iron. Almost every iron (or steel) article exposed to the elements rusts gradually. It develops a covering of a brownish material called rust; this is referred to as rusting.

We often see iron gates in parks or farmlands, iron seats in lawns and gardens, and practically every piece of iron that is exposed to the elements rust.

Agricultural implements, such as spades and shovels, rust as well when exposed to the environment for an extended period of time.

In the kitchen, if a wet iron pan (tawa) is kept in this condition for an extended period of time, it often rusts. Rust is not made of iron. It is not the same as the iron on which it is deposited.

When vinegar and baking soda were combined, carbon dioxide was formed, turning lime water milky. Thus, all those modifications that result in the formation of one or more new compounds are referred to as chemical alterations. These are irreversible modifications that cannot be reversed to restore the original substance.

Balloon deflation. Once inflated to its maximum size and pierced with the sharp tip of a pencil or needle, a balloon cannot revert to its previous shape.

A matchstick is set on fire. When a matchstick is burnt completely, it decomposes into ashes. The ashes contain a chemical makeup that is completely different from that of the unburned matchstick.

Making a roti from scratch. Once the dough has been cooked into a roti, it cannot be transformed back into the dough and thus it is an irreversible process.

Iron rusting: When iron is exposed to air and moisture in the atmosphere, it rusts. Rusting is an example of a chemical reaction that cannot be reversed and results in the formation of a new compound. Additionally, this is referred to as a chemical reaction.

Q1. Is the process of food rotting a chemical change or process?

Sol. Food that has got spoiled with has a nasty odor indicates that new substances have developed in the spoiled food.

Q2. Why does a sliced apple become brown when left open?

Sol. If an apple is sliced and left in the open for a period of time, the cut surface will become brown. This color shift is due to the formation of new material on the surface of the applied due to the reaction with oxygen (or air). Therefore, this hue shift is a chemical reaction.

Due to a chemical transformation, the sliced surfaces of potatoes and brinjals also become black after being exposed to air for some time.

Q3. Why neutralization is a chemical change?

Sol. When an acid combines with a base, a neutralization reaction occurs in which salt and water are produced and therefore, neutralization is a chemical change.

Q4. Why is photosynthesis a chemical reaction?

Sol. During photosynthesis, plants take in and utilize carbon dioxide and water together with sunlight and chlorophyll in leaves to create glucose (food) and oxygen. Therefore, photosynthesis is a chemical reaction.

Q4. Why digestion is a chemical transformation?

Sol. During digestion, numerous dietary components are broken down to generate new compounds that may be absorbed by the body; hence, digestion is a chemical transformation.

To know more about the various physical and chemical processes, you can check our videos. 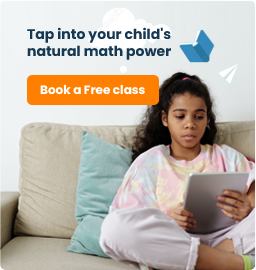